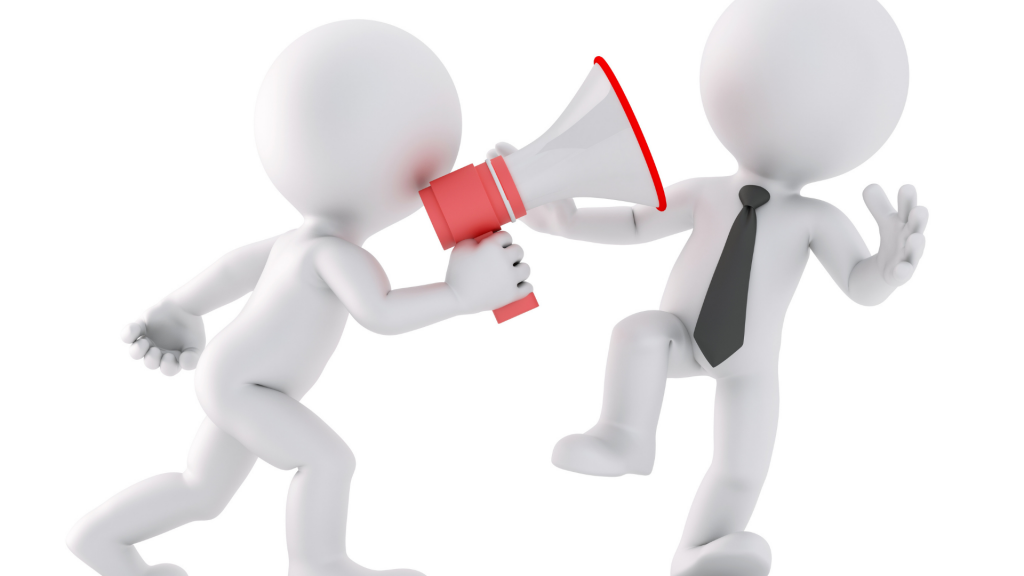 We live in an era where “rightness” is sought after. We irrationally condemn those who think differently than we do. The age of accusation has extended to violence on all levels. Social media in particular, has become the platform used to display violence of language in order to defend our narrative of “rightness.” We want to prove a point, and ultimately, it’s our point that we want to prove. I’m right and you are wrong. That’s it. At least that’s what those of us with the attitude of “rightness” would like to believe.

The issue with this generation is that we’ve lost responsibility of a key part of communication. We have failed to, listen. Listening to those who think differently or live differently than we do has been replaced with combative remarks. I’ve fallen trap of this time and time again. Especially being one who has very low tolerance for the inconsistency in the Christian faith, I have caught myself immediately wanting to speak rather than, listen. After making a fool of myself on numerous occasions, I’ve learned to step back, listen, listen again, and maybe even listen some more, before I respond and often a response I’ve found is not necessary.

We don’t hate injustice. Rather, we thrive on the idea of being shared, retweeted and quoted. Our “rightness” has become a means to be “liked” so we choose a side and run with it. We’ve lost the meaning of compassion and responsibility. Responsibility today looks differently. Rather than taking the time to listen and do, we’ve shifted responsibility to making others aware by sharing a story, post or tweet. No longer do we do. We hide behind a screen and scream how right we are and how awful wrong others are in full circle to no end, no change, and just like that life goes on.

The attitude of “rightness” stems from pride. Prideful to admit we are wrong. Prideful to ask for help. Prideful to admit our narrative is simply a means to justify a choice rather than truth and facts. Pride I’ve seen being praised and encouraged by all, myself included, no matter how hurtful words are, how painful actions are and how degradingly wrong the truth we are convincing others to believe is. Pride has become the folly of man. This is no surprise. This very same pride has been the issue seen throughout time eating at the core of mankind making history only a new version of its old self.

James, the writer of the Book of James in the New Testament writes in Chapter 1,

In those specific verses, James addresses the importance of taming the tongue, choosing humility and the nature of true faith. Christians especially who proclaim and declare they are followers of Christ need not walk by verbal faith alone. Likewise, mental faith is insufficient. Listening and doing, genuine faith, inspires and empowers godly action. Not violence of the tongue and flesh. Godly action that ignites truth. The idea of being quick to listen, slow to speak and slow to become angry is not mere “Christian Principles.” These three key components are vital for growth.

Listening brings understanding, speaking produces clarity and doing allows for change. Change that many say they desire, but lack the motivation to seek. We are stuck in speaking and have chosen the route of selective compassion in listening only to that which fits and suites our way of thinking and living. We have become unaware that we live in moral filth and anger foolishly and blindly deceiving those around us by what we believe. Selective compassion is the new Christianity, pushing only what supports our narrative and dismissing other principles in the Christian faith, negating to speak on other sins because we know very well we are struggling with it and are to prideful to admit it.

Do you, like me, struggle with “rightness?” Maybe you do and maybe you don’t. Either way, I want to encourage you to listen, then speak, and then do. I grew up hearing the acronym “WWJD.” It stands for, What Would Jesus Do. Sadly, overtime, this acronym has become a “simple” Christian slogan. WWJD is the premise of the verses highlighted above. As Christians who strive to live out the gospel message of love, the heart of “rightness” is replaced with humility. That is what Jesus would do. While we see in the New Testament Jesus was not ashamed to stand up for truth and righteousness, His faith walk was never one of verbal and physical violence degrading in abuse those who think differently than we do. Don’t get me wrong, Jesus was pretty savage in his response to those who followed only to criticize and prove their rightness, but He never lacked unconditional compassion.

I’m right and you’re wrong is not the heart of God. No matter how right you believe you are (and you may be 100% right in what you believe or are proving), the attitude of “rightness” is not the heart of God. Selective compassion is not the heart of God. Consistency in the Christian faith brings effective change and this can only occur when we choose first to listen. Listening brings understanding, speaking produces clarity and doing allows for change. Quit mindlessly talking. You’ll find you really don’t know it all. Don’t be quick to share and respond. You’ll find what you’re sharing maybe really wasn’t truth to begin with it, rather it just sounded like truth. Bottom line, the heart of God, for those of us who say with our lips we are Christ followers is more than merely lip service. The heart of God combines both faith and works in His word to produce the the character traits of listening, speaking and doing, in love.

Think you are always right? Why do you think that? What narrative are you pushing? Be careful. You might just be pushing people away from God.

Your outlook overall that consistent Christian faith is the only way to effectively combat our natural response to be quick to speak AND quick to become angry. So many times we speak out in emotion on scenarios that we were told and not what actually happened or saw. It all comes down to maturity too. Christian maturity.

Fantastic article! Can’t wait for the next!