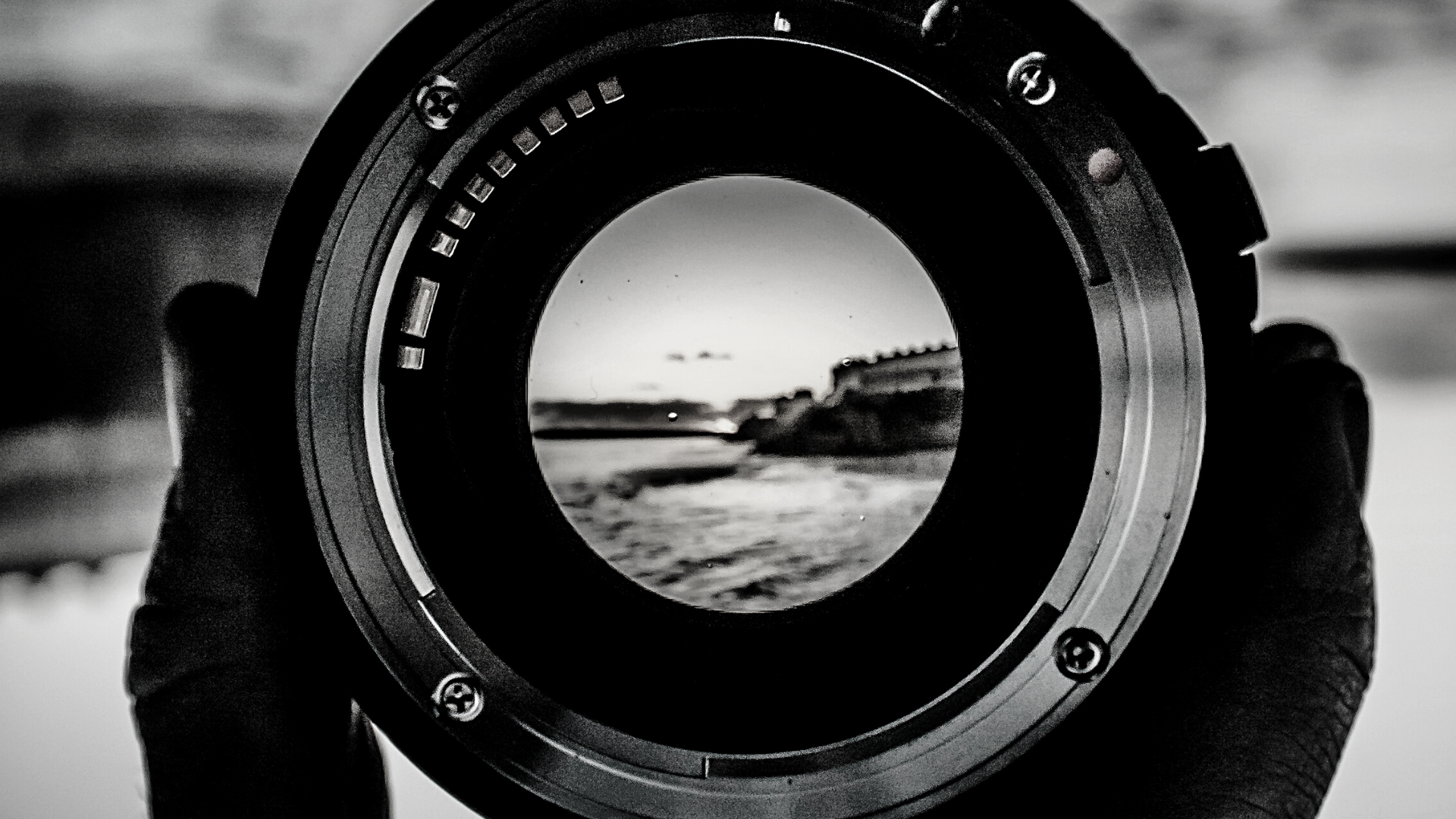 As a child, my siblings and I would try to walk blind. Walking in a straight line or from point A to point B vision impaired was fascinating. Not mockingly, rather, impressed at the perceptiveness of those who lacked physical sight. Many people struggle with vision impairment. Quite a number of people are blind. It is sad, but also encouraging when those who have been pinned with a “defect” take what the world calls a problem and make it into a testimony.

Have you heard of Ray Charles? Probably. If not, here’s a little something about him. He’s a somebody. Actually, more than somebody. Ray Charles is considered a master to the art of playing piano. Interestingly he was completely blind by age 7 due to glaucoma. For those of you who play piano, you know how important your eyes are. For Ray Charles, lack of sight did not stop him. Despite blindness, he became a musical pioneer who shifted his lens from his eyes to his fingers and heart. I’d say, Ray had all right to become offended. Maybe he was at times, but we know he didn’t live in the rut of offense from vision impairment. His lens shift led to emotive performances that left his audience in awe and wonder.

Offenses are inevitable. If no one’s told you yet, the world isn’t perfect because the world is filled with people who are perfectly imperfect. People who make mistakes, who fail and people who are born with and into difficulties. And in that there are offenses. An offensive world where everyone, anyone and all are offended. Offense can quickly turn to hurt and we hurt because…

I get offended. I get deeply offended by injustice, people who are hurting, those who hurt my family, loss and financial crisis. I get offended by people, and I also get offended by God. These are real issues. Your offenses are real and you are right in them. I do however, am proposing that like the musical composer Ray Charles, we shift our offense to opportunity.

One year ago, I was driving on a very winding road. It was particularly dark that night. I’ve driven this road several times. This night it was also raining which meant the careful driver I am made sure I was extra cautious. I am sure those behind me were not thrilled. Despite feeling the frustration behind me, I remained careful. I cannot remember exactly how, but I ended up finding myself with my right feet planted on my breaks, heart stopped (not literally), and the life I knew flashed before my eyes. Those behind me followed suit. Like a deer caught in the headlights, I stared at the truck before my eyes slammed into the guardrail on my side. Coming from the opposite direction said truck swerved off the road into my line and crashed into the guard rail as I was heading in his direction.

To say I was in shock is an understatement. The driver of the truck thankfully was not injured. He jumped out and rushed over to my car. I of course was still sitting in my car frozen at what just happened. His yelling of “Are you, okay ma’am?” broke my composure. I jumped out of my car expecting damage only to see I was my fingers width away from his truck. I remember the man saying, “That’s a miracle, you didn’t get hit!” Again, I was in shock.

I looked over at the man in the truck with tears in my eyes confirming his statement with a nod. He asked again, “Are you okay?” This time with an evident speech impediment. I responded, “yes, sir. I am. Are you okay?” This is when the lens to the offense shifted. He was deaf. He could not hear my response and I had to mouth the best of my ability to communicate to him I was alright.

The temptation to become offended shifts when we begin to see things through the lens of the one that offended us. I could have become offended by the offense of near-death experience. Sure I can even wish he was more careful, but that wouldn’t have changed that night. That night I didn’t take offense because I saw through the offended one’s lens. His disability opened my eyes to the possibility that life is far more than what the eyes can see.

Okay you may be thinking, “Vashti, what if it a was drunk driver, or what about people who are kidnapped and people who die from illnesses or crime?” You are right. Those are painful and you are right in how you feel. I’ve lost some amazing people and have experienced tremendous pain from the unfairness of life. I almost lost my oldest brother by a drunk driver. God and I have battled it out a number of times, but I do stand by this…

Offense is not a choice. We live in an imperfect world. Offended is your attitude toward the offense. That is a choice.

Your attitude should not be all cheerful and happy either. That is not what I am saying. I am talking about when offense becomes bitterness. When it turns into rage. When hurt turns into calloused hearts hardened and unmalleable. That’s what I am talking about. Your attitude to offense, where numbness becomes reality and God is a stranger and outcast in your life. That’s the result of offensiveness that becomes dangerous.

Matthew 18 illustrates the reality of offenses in Jesus’ warning to his audience. Jesus says,

In other words, “Awful it is that the world is full of offenses. It will come, it is inevitable, but even worse is it the one offenses come to or come through.”

We shall talk more on being the one who is the offender in another blog, because that too is very important. In the mean time, here’s why becoming offended is in essence wrong. The literal definition of offense is to become angry, resentful, outrage and aggressive. We get to this point in life when we give the offender control over our life, emotions, thoughts and being. The right to become offended really isn’t a right. That’s a made-up thought. You are right in how you feel but never right in rage, bitterness and callousness.

Who offended you and why? Have you tried to look through the offender’s lens? Have you tried shifting offense to opportunity? Shifting your lens doesn’t make the wrong done, right. Rather, it gives you the ability to live in freedom. It allows you to create opportunity through offense.

How are you going to shift your lens today?