Rejecting the rationalization of FOMO – Pt. 2 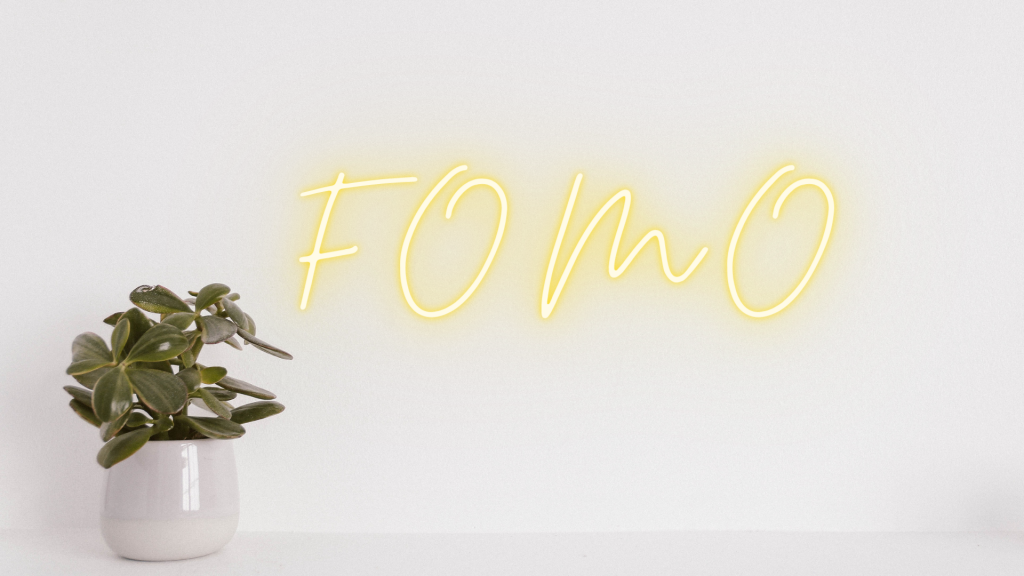 Did you figure out the “why” behind the “what?” Did you pinpoint where in your life you’ve allowed FOMO to creep in? If not, take a moment, grab a cup of coffee and read part 1 relating to this blog. After you’ve read part 1, ponder the why. Then head back to this one. Your why matters. Before I share my why, here’s a story leading to when I discovered my wrong why and when my why became one that mattered.

Growing up I was never the smartest kid. If you ask my parents they will admit they really didn’t think I would make it that far in life. No, they are not horrible parents for thinking that. I was just never a fast learner. Matter a fact, I wasn’t a learner to begin with. I struggled with reading and writing. Spelling was atrocious and any other subject was simply out of the question. I was always behind. I was teased for being a dunce by family members outside my home and even by classmates at school. Don’t go on feeling sorry for me. While I don’t condone bullying, I am also somewhat thankful because they are who motivated me. They along with my parents who believed and worked hard to help me believe.

I made it through primary school, that was an accomplishment. High school came around and I kept finding myself wanting to prove my intelligence to my classmates. I went to an all-girls catholic private school. Pretty much everyone was smart and was competing for the top seat. My group of friends in particular were a part of the 3 & 4 Science Club. In the Caribbean schooling looks differently so it may not all connect for my American readers. Either way, my friends were and still are pretty bright. If I am being completely honest with myself, I am still shocked that I even got into that high school and made it through the 3 & 4 Science Club. Really, those classes were no joke.

My senior year of high school posed grand difficulty. I was very ill with a tumor inside my back on my tailbone. I’ll share the miracle of that story some other time, but I managed to graduate with the help of my parents, understanding teachers and a very special friend of mine still today. Her name is, Michelle. She believed that I could do it. So much so she sent me every assignment, notes she took and videos of the class sessions. Guess what? I graduated. On to college.

I got accepted to Southwestern Assemblies of God University and was placed in the Learning Centers for poor SAT scores. First year in college and I felt smaller than the size of a mustard seed. Not because I was in the Learning Centers. I understand the importance of the program my university provided. Rather, I was missing out on what it’s like to be considered smart. I had a case of FOMO I didn’t realize I had. All this time, my efforts in school were not because I believed in myself. My efforts were because I was scared to miss out on educational status. All my other friends were top in their classes. They knew what they wanted and were going to get it. I on the other hand was simply fighting in school just as to not miss out on having a diploma like the others. Sad, I know. It was my freshman year in college that I decided to reevaluate my why. I was insecure. I didn’t think I was smart. All my efforts were simply for a paper that would hang on my wall someday that tells the world I was something I didn’t even believe I was. Smart (enough).

Have you heard the phrase, “faith without works is dead?” This comes from the Bible in James chapter 2. James shares an analogy.

Faith and works work hand in hand. Have you figured out where I am going with this yet? Let’s go back to my why. Before my revelation moment, my why was simply works. I didn’t believe I actually could. I was simply doing with no purpose other than to not miss out on educational status. A lot of what we do is works in order to not miss out. All stemmed from rooted insecurities. Look at it this way…

Personalize that to you. You do, in order to not miss out. Faith without works is dead. Many of us are simply working towards not missing out. We simply don’t believe. Believing is more than having a positive attitude. In this case, belief is knowing who you are and where you are going. Here’s how belief combined with works shifts the game.

Get where I am going with this? Faith alone will not get you anywhere. Believing you can do or become something only leaves you stuck in where you are. You won’t get much of anywhere with simply believing you can. Works alone has no value on it’s own. Combine faith and works, you combat FOMO. No longer do you do and want out of insecurities. No longer is it because of “them.” Rather you live and do, from confidence and purpose.

I graduated college in 2018 and later graduated graduate school in 2020. My why? Because I believed in myself. I had faith I could, so I did. I wanted not a paper to hang on the wall. I craved knowledge that would help me get where I believe God has called me to. Parents and family aside. Opinions of others aside. I believed and did with purpose. I challenge you to do the same. If you are being and doing to fit someone else’s narrative, it’s time to hit pause, reevaluate and do. Confidence and purpose are not far off. Once you know your why, let that combat FOMO.

Let your why stem from purposeful living.

One reply on “Rejecting the rationalization of FOMO – Pt. 2”

Your last sentence is what stings. “Let your why stem from purposeful living.” At first glance, it’s easy to say you are going after things in life bc you want them. But how many times do we step back and ask ourselves what we really want out of life? I know for me, almost never. Your advice to redirect and have faith is KEY to avoid living out someone else’s desires. Great article as always!